On July 1st, 2013 begins the Rencontres d’Arles 2013, the international, annual and major event for all the photography lovers. In preview, Alain Willaume, member photographer of Tendance Floue agency, agreed to share with La croisée des routes his portfolio Echoes of Dust and Fracturing which will be exhibited in Arles (France) this summer.

« As part of the Transition, Social Landscape project, Alain Willaume was invited to consider the implications of an impending programme of fracking by the Shell Company in the semi-arid Karoo area of South Africa.

In response to an uncertain future he has conjured an evanescent metaphor for a haunted territory and for the suspicions and fears of the inhabitants he met randomly on the dirt roads. The pictures – whose rich mid-tones are, consciously, neither black or white – suggest the environmental threat of this burning issue, but in doing so they also preserve the infinite grace of this landscape, the fate of which is now held in abeyance. » (Translation : David Chandler)

See the slideshow Echoes of Dust and Fracturing by Alain Willaume

Transition, Social Landscape will be exhibited at Rencontres d’Arles 2013 from July 1st till September 22nd, 2013 in Arles (France).

END_OF_DOCUMENT_TOKEN_TO_BE_REPLACED 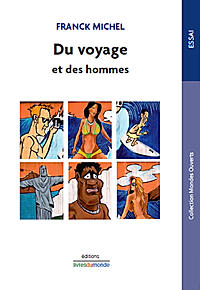